Founded in 1868 under Aegid Pegger – who also initiated the founding of the Tiroler Landesfeuerwehrverband in 1872 –, the Freiwillige Feuerwehr Stadt Lienz has shown its effectiveness in numerous operatios as well as hard times. The people of Lienz realized this professional protection especially during the flood catastrophes in 1965/66. Along went the necessary moves into new locations (the last time in 1992) and the constant technical modernization of carpark and equipment – up to the present.

The founding of the Bergrettungsdienst Bruneck in the Alpenverein Südtirol in the early 1950s deals with many aspects – the main one is a training course of Wastl Mariner at the Berliner Hütte in the Zillertal/North Tyrol where many different salvage ways have been taught.

The mission statement „Same methods, same technique, same measures“ in the whole Alpine regions was to be refined in the decades to come. Regarding high mountain tours during the summer as well as assignments after winter avalanches, nowadays one cannot imagine emergency services without the Bergrettungsdienst.

Rich in tradition, the crafts company Kuntner Keramik/Bruneck – Brunico produces hand-made stoves since the late 18th century. You can order out of 100 different tile models of all styles – from Gothic to the Modern Age. In-house mixed potter’s clay as well as exclusive raw material guarantee quality. This can also be shown via historic photographs of the workflow.

Based on his taking charge of the parents‘ mountain homestead and the decision pro sheepfarming in the mid-1980s, Josef Schett founded the companies „Villgrater Frischlamm“ in 1986 and„Villgrater Natur Produkte“ in 1991. Above all, the focus became the production of sheep new wool form at tresses and bedding. In 2007 the new Villgrater Natur Haus opened in Innervillgraten/East Tyrol – representating a place of excursions as well as a shop for locals and tourists. Nowadays, one third of Austrian sheep wool is handled by this company. 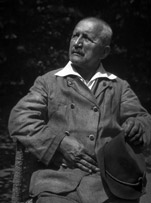 Franz von Kahler, born 1862 in Weckersdorf/Bohemia, died in 1950 in Klagenfurt, made his career as a military officer and troops commander in Klagenfurt. The collection includes rare panorama photographs of (the family’s stay in) Sillian 1912 to the outbreak of Word War I 1914 as well as of local troops‘ field exercises before the war (Feldjäger-Bataillon Nr. 6).

Register and enjoy the advantages of the lightbox
Show Lightbox
Frame

With the continued use of this website you agree to the use of these cookies. More details

This email address is being protected from spambots. You need JavaScript enabled to view it.